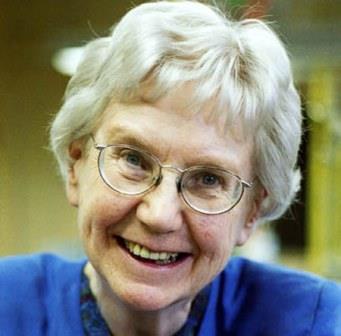 For over a quarter of a century, Dr. Margaret-Ann Armour was one of Canada’s premier ambassador of science, volunteering tirelessly to raise national awareness among school-aged girls, educators, parents and employers of the importance of encouraging women to enter science and engineering. Her commitment to this passion began in 1981, when she was one of 20 leaders who studied the low number of women in this field. The result was the creation of, WISEST (Women in Scholarship, Engineering, Science and Technology).

Dr. Armour was born in Scotland, and received her BSc and MSc from Edinburgh University. In 1970, she graduated from the University of Alberta with a PhD in physical organic chemistry. She was a respected scientist, specializing in hazardous chemical management. In recognition of her numerous outreach and leadership activities, Dr. Armour received many awards including the Order of Canada, a Governor General's Award and the Alberta Science and Technology Leadership Awards Foundation Special Award. In 2003, Maclean’s Magazine named Dr. Armour one of Ten Canadians Making a Difference and she was twice named one of the Top 100 Most Powerful Women in Canada by the Women’s Executive Network. During Edmonton's centenary celebrations, Dr. Armour was named one of the 100 Edmontonians of the Century.

Dr. Armour passed away on Saturday, May 25, 2019. The livestream of her Celebration of Life can be viewed on YouTube and it is a beautiful and meaningful tribute to Dr. Armour and her legacy. Our school choir sings at approximately 1:02, and the last 15 minutes, beginning at approximately 1:30, are very moving and emotional. We are grateful to our entire school community for their love and support. You may also enjoy the DMAA Tribute video that was shown before the service. It includes many cards and letters created for Dr. Armour by our students.